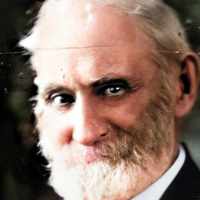 Put your face in a costume from William Van Orden's homelands.

AUTOBIOGRAPHY: A SKETCH OF THE LIFE AND LABORS OF WILLIAM VAN ORDEN CARBINE

I am the son of Edmund Z. Carbine and Adelia Rider Carbine, born February 17, 1835, in Cairo, Green County, New York. My father was broken up in his business by giving security for his brother, Franci …