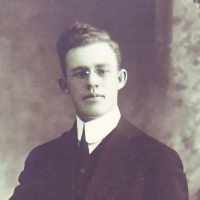 The Life Summary of Earl Stuart

Put your face in a costume from Earl Stuart's homelands.

English: from the Old French personal name Franceis, modern French François, from Latin Franciscus, originally ‘Frank’, though later used to denote a Frenchman. The personal name owed much of its popularity during the Middle Ages to the fame of Saint Francis of Assisi (1181–1226), whose baptismal name was actually Giovanni but who was nicknamed Francisco because his father was absent in France at the time of his birth. In North America, the English form of the surname has absorbed cognates from other languages, e.g. Italian Francesco and Polish, Czech, Slovak, Slovenian, and Croatian Franc , and also their derivatives, e.g. Croatian Francišković (see Francisco 4).English: ethnic name from the Old French adjective Franceis ‘French’ (see 1 above).Americanized form of one or more similar (like-sounding) Jewish surnames, or an adoption of the non-Jewish surname.

Louisa Isabell Hutchinson was born July 22, 1868, in Upton, Coalville, Utah, the daughter of William and Emma Staples Hutchinson. Emma operated a bakery in Coalville. When Louisa was about four year …