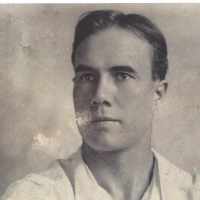 The Life Summary of Wallace Anderson

Put your face in a costume from Wallace Anderson's homelands.

Local amusement park, Lagoon, opened under the name Lake Park on the shores of the Great Salt Lake.

Grandpa Allred was a professional wrestler for many years. In his day he would travel around the country asking for anyone to challenge him in wrestling. He and his son were a team that very seldom lo …