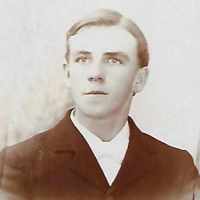 The Life Summary of George Hooper

Put your face in a costume from George Hooper's homelands.

On May 14, 1881, a meeting was held at the schoolhouse to discuss a new name for the settlement as leaders in Salt Lake City disapproved of the name of Worm Creek Ward. Bishop Porter’s wife suggested the name Preston, after William B. Preston, who was president of the LDS Cache Stake at the time. Those in attendance approved and the name of the ward and community was thus changed to Preston.