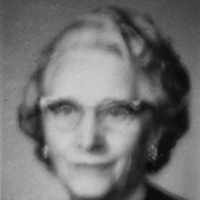 The Life Summary of Wilhelmenia

Put your face in a costume from Wilhelmenia's homelands.

In the spring of 1897, Cedar City was notified it had been chosen as the site for another teaching training school in southern Utah. For three months, citizens labored to complete the first building of the school before the next school year. After two months, school officials informed the school administrators that the school didn’t comply with the new state law and they need to build a new building on land deeded to the state. The University was first known as the Branch Normal School. A few years later, the School became part of the school of the Utah State Agriculture College and was called the branch Agriculture College. Since becoming a College, it changed its name three more times. The last being Southern Utah University, after it was given university status in 1991. It is home to the Utah Summer Games and the Utah Shakespeare Festival.