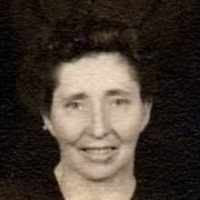 The Life of Mable

Put your face in a costume from Mable's homelands.

President William McKinley was shot at the Temple of Music, in the Pan-American Exposition, while shaking hands with the public. Leon Czolgosz shot him twice in the abdomen because he thought it was his duty to do so. McKinley died after eight days of watch and care. He was the third American president to be assassinated. After his death, Congress passed legislation to officially make the Secret Service and gave them responsibility for protecting the President at all times.
1902 · Old Main (Utah State University)

The first building on the Utah State University Campus was named Old Main and is the oldest functioning academic building in Utah. It was built after the current site was approved unanimously by the Board of Trustees for the new college. Construction started in 1889 and the entire building was completed in 1902. During the Spanish Flu Epidemic in 1919, the building was used as a makeshift hospital to take care the effected residents in the surrounding area. Old Main was added to the National Register of Historic Places in 1972.
1917