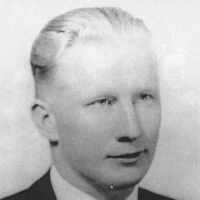 The Life Summary of Charles Nielsen

Put your face in a costume from Charles Nielsen's homelands.

Some time in the 1960s Dad gave a talk in the Raymond First Ward. Dad spoke about a disagreement he had with someone he was working with. Words were spoken in anger on both sides and both were offen …