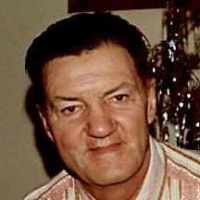 The Life Summary of Vernon James

Put your face in a costume from Vernon James's homelands.

Bountiful's Main Street was the first road in Bountiful to be paved with asphalt and cement. With this improvement to the roads, more citizens began to buy vehicles.

English (Midlands and Yorkshire): from Old English clǣg ‘clay’, applied as a topographic name for someone who lived in an area of clay soil, a habitational name for someone who lived in a district known as (the) Clay, such as the one in east Notinghamshire, or as a metonymic occupational name for a worker in a clay pit (see Clayman ).Americanized form of German Klee .History: The relatively common English name Clay had several American forebears in the 18th century. Henry Clay, born in Hanover, VA, in 1777, secretary of state for President John Quincy Adams, was descended from English ancestors who came to VA shortly after the founding of Jamestown. The revolutionary war officer Joseph Clay, also a member of the Continental Congress, was a native of Yorkshire, England, who emigrated to GA in 1760 and was a founder of the University of Georgia.