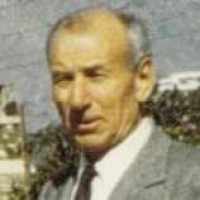 Swiss German and South German: topographic name for someone who lived near the corner of a mountain, from German ab- ‘off’ + Egg, dialect form of Eck(e) ‘promontory, corner’.

Note: Words in [brackets] were underlined. Home, March 9, 1919 Sunday Morning My dear man: I've been standing by the window [laughing] for the last half hour, but I decided that it wasn't very …