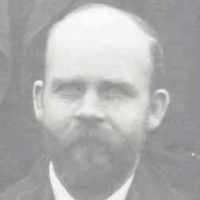 The following has been transcribed from a typewritten document written in the summer of 1935 by John William Gibson. All apparent misspellings, typographical errors, punctuation errors and all other …