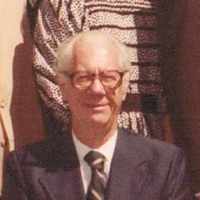 Put your face in a costume from Evan Myron's homelands.

The Manti Cheesery was the first business in Sanpete county to bring milk, cheese, and butter to different towns in the surrounding area. It was originally made by the Manti Commercial Club and was set up mainly as a co-op so no one person could gain control of the company.

Japanese attack Pearl Harbor.
1 English and Scottish: from Middle English bird, brid ‘nestling’, ‘young bird’ (Old English bridd), applied as a nickname or perhaps occasionally as a metonymic occupational name for a bird catcher. The metathesized form is first found in the Northumbrian dialect of Middle English, but the surname is more common in central and southern England. It may possibly also be derived from Old English burde ‘maiden’, ‘girl’, applied as a derisory nickname.2 Irish: Anglicization of Gaelic Ó hÉanacháin or Ó hÉinigh, in which the first element (after Ó) has been taken as Gaelic éan ‘bird’ ( see Heneghan ).3 Jewish: translation of various Ashkenazic surnames meaning ‘bird’, as for example Vogel .

(This history was written by Dorothy Bird Killpack in 1983) My father, Myron Evans Bird, was born June 25, 1896 in Manti, Utah. He was the last of nine children born to Alice Ann Evans and Charles H …