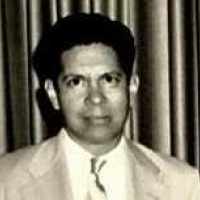 The Life Summary of Eduardo

Put your face in a costume from Eduardo's homelands.

A refrán or historic saying that I heard Don Eduardo use several times was "Esa mula no era bronca, mas la hicieron." Translation: "That female mule was not known to be mean and stubborn-- until afte …