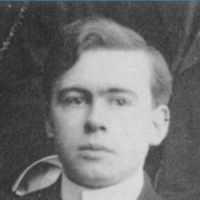 The Life Summary of Joseph George

Put your face in a costume from Joseph George's homelands.

Joseph George Barrett, son of John and Hannah Johnson Barrett, was born in Beaver City, Utah March 21, 1884. I was the only child. My father homesteaded a place 20 miles north of Milford, Utah callin …