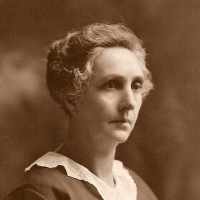 The Life Summary of Emeline Ellen

Put your face in a costume from Emeline Ellen's homelands.

Emeline Ellen Hillier was born in Croydon, England on March 4, 1865. Her parents joined the Mormon church while living in England, and when Emeline was six weeks old they left their native land to com …