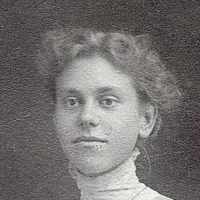 The Life Summary of Hattie

Put your face in a costume from Hattie's homelands.

BIOGRAPHY – HATTIE PAXMAN MARTIN (Written by her) I was born in a small town in Idaho called Hatch. The house was one of a friend of my parents (William Paxman and Emily Abel). It was a log cabin …