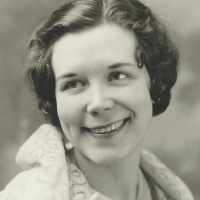 The Life Summary of Jessie Erma

Put your face in a costume from Jessie Erma's homelands.

“Arza and I moved from Capitol Hill to the ranch when our first child was one month old. The Post Office told us there was no mail service out there in the County and that we would have to visit the …