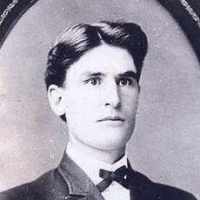 The Life Summary of George Seward

Put your face in a costume from George Seward's homelands.

English (Lincolnshire and East Yorkshire): habitational name for someone from a place called Kennington in Greater London (formerly in Surrey), Oxfordshire, Kent, or from Kennington Farm in Willoughton (Lincolnshire). The first two are from the Old English personal name Cēna + -ing- (a connective particle denoting association with) + tūn ‘farmstead, settlement’. The place in Kent is named from Old English cyne- ‘royal’ + tūn.

Story of Two Lives By Martha W. Kennington George Seward Kennington was born September 29, 1879 at Ovid Idaho, the son of William Henry Kennington and Annie Rebecca Seward. When he was eight year …