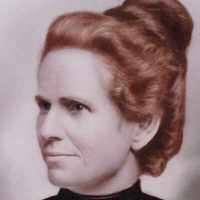 Born November 5, 1899, the seventh of 10 children of Lafayette and Mary Ann Julian Parker. She carried her mother's full maiden name and she was only 15 when her mother died. Aunt Mate received her e …