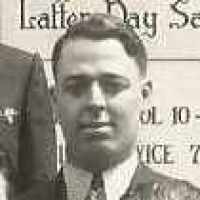 The Life Summary of Verl Grant

Put your face in a costume from Verl Grant's homelands.

INTRODUCTION In the Fall of 1977, while Aunt Jennie was living with Leon and Marge, I got her permission to let me do some recording. I had read the history that Aunt Laura had written, and had spent …