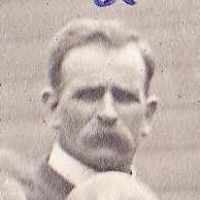 The Life Summary of Charles Alvin

Put your face in a costume from Charles Alvin's homelands.

I was the fourth of nine children born to Joseph Cross Orme and his first wife, Margaret Kennington England. I was born October 3, 1898 at Tooele City, Utah at home with the help of midwife, Lyd …