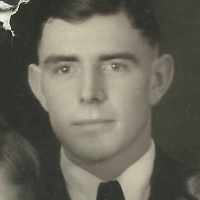 The Life Summary of Roy Erwin

Put your face in a costume from Roy Erwin's homelands.

Some characteristic forenames: German Eberhard, Gerda, Klaus, Otto.Jewish (Ashkenazic): artificial name from German or Polish Babel ‘Babylon’ (which was named with the Assyrian elements bāb ‘gate’ + ilu ‘god’). The Jewish people were held in captivity in Babylon from 597 to about 538 BC , and the name was sometimes adopted with reference to being an oppressed minority in a foreign culture.German: from a variant of the personal name Babo, a name developed from baby talk, also a pet form of Paul .

"Do you pray? How many people if asked that question could answer in the affirmative? A count would probably reveal that the vast majority of us just aren't praying anymore. To us moderns, with our sc …