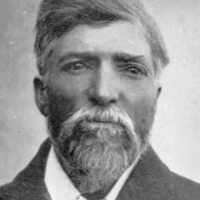 When William James Brooksby was born on 11 October 1850, in Rothwell, Northamptonshire, England, United Kingdom, his father, Joseph Brooksby, was 25 and his mother, Elizabeth Powell, was 26. He married Emma Hobbs on 16 May 1876, in Salt Lakes, Victoria, Australia. They were the parents of at least 6 sons and 5 daughters. He lived in Kettering, Northamptonshire, England, United Kingdom in 1851. He died on 12 March 1931, in Fredonia, Coconino, Arizona, United States, at the age of 80, and was buried in Fredonia, Coconino, Arizona, United States.