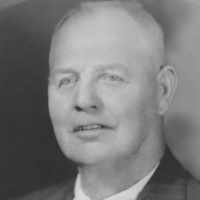 The Life Summary of Henry "Harry"

Put your face in a costume from Henry "Harry"'s homelands.

English and Irish: habitational name from any of various places called Clifford in Devon, Gloucestershire, and Yorkshire, and in particular Herefordshire. The placename is derived from Old English clif ‘slope’ + ford ‘ford’.Irish: adoption of the name in 1 above as Anglicization of several Irish names, especially Ó Clúmháin ‘descendant of Clúmhán’, which was the surname of an ecclesiastical family in Sligo and can be traced back to the 12th century. The personal name meant ‘little hairy one’, a diminutive of Irish clúmach ‘hairy’, from clúmh ‘feathers, plumage, down; hair or fur’. Clifford was also adopted for Coleman and in Fermanagh for Crifferty, Clifferty, and Cliffordy, which are Anglicized forms of Mac Raibheartaigh (compare Rafferty ).History: A powerful Anglo-Norman family of this name in England and Ireland trace their descent from Walter de Clifford, who took the name from Clifford (Castle) in Herefordshire in the 12th century, after acquiring the Clifford barony by marriage.

History of HENRY (HARRY) CLIFFORD II and ELIZA ELLEN SHEEN CLIFFORD This is taken from the notes Sam Clifford (grandson of Harry Clifford) and his wife Charlotte gave to me (Helen Clifford Pace). …