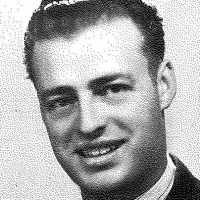 The Life Summary of Eric Iverson

Put your face in a costume from Eric Iverson's homelands.

variant of Bond , either from Middle English bonde, bounde ‘customary tenant’ where the final -e has developed in local speech to -y, or occasionally from the Old Norse Bondi, where final -i has survived.alternatively, a variant of Bandy .English: