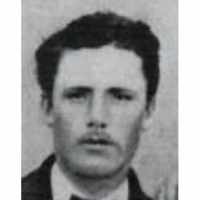 The Life Summary of Harry Henry

Put your face in a costume from Harry Henry's homelands.

The Early Settlement of Panaca, Nevada, a Brief History by Amy L. Moser

The Early Settlement of Panaca, Nevada, a Brief History by Amy L. Moser In the year 1864 in western Utah Territory some travelers discovered a valley with a flowing creek and blue hazed mountains …