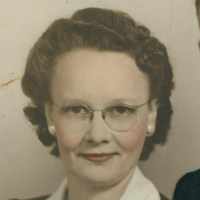 The Life of Annie Virginia

Put your face in a costume from Annie Virginia's homelands.

Mount Pleasant is home to one of Utah's largest local historic societies that is still in operation. It was created in 1909 and meetings still happen in a building on Main St.
1929

At least on one occasion Grandma Brown traced the size of each foot as a pattern to knit the correct size of slippers. I got a pair for Christmas and sometime later as I was "Slipping" sliding across …