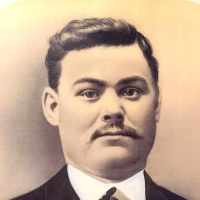 The Life of Mormon William

When Mormon William Davis was born on 5 March 1851, in Ebbw Vale, Monmouthshire, Wales, United Kingdom, his father, Gad Davis, was 30 and his mother, Elizabeth Williams, was 25. He married Louisa Walters on 16 October 1876, in Salt Lake City, Salt Lake, Utah, United States. They were the parents of at least 5 sons and 3 daughters. He lived in Aberystruth, Monmouthshire, Wales, United Kingdom in 1851 and Brighton Township, Washington, Iowa, United States in 1860. In 1880, at the age of 29, his occupation is listed as farmer. He died on 10 June 1890, in Midway, Wasatch, Utah Territory, United States, at the age of 39, and was buried in Midway City Cemetery, Midway, Wasatch, Utah, United States.

Put your face in a costume from Mormon William's homelands.

The Crimean War was fought between Russia and an alliance of Britain, France, Sardinia and Turkey on the Crimean Peninsula. Russia had put pressure on Turkey which threatened British interests in the Middle East.
1857 · The State Capital moves to Des Moines