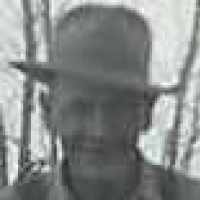 on a little hill in Shelley, Idaho one-fourth mile south and one-fourth mile east on Base Line road (1200 North) lies the Hillcrest Cemetery. The earliest record that can be found shows the first person buried here took place in 1892. In 1939 a contest was held to give the Cemetery a name. Hillcrest was chosen, and the winner won $5 prize money.
1896 · Plessy vs. Ferguson

English (mainly West Midlands): from Middle English pr(i)est ‘minister of the Church’ (Old English prēost, from Latin presbyter, Greek presbyteros ‘elder’, ‘counselor’, comparative of presbys ‘old man’), used as a nickname, either for someone with a pious manner or possibly for someone who had played the part of a priest in a pageant. It may also have been an occupational name for someone in the service of a priest, and occasionally it may have been used to denote someone suspected of being the son of a priest.