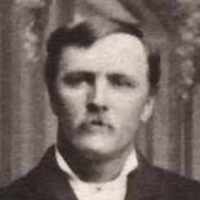 The Life Summary of Joseph Croft

Put your face in a costume from Joseph Croft's homelands.

JOSEPH CROFT KNOWLES Joseph Croft Knowles was a pioneer to Utah in 1855. His parents William Knowles and Elizabeth Croft, joined the Church of Jesus Christ of Latter-day Saints in Preston, Engla …