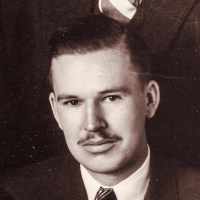 The Life Summary of Marvin James

Put your face in a costume from Marvin James's homelands.

Jenny Stewart, a professional photographer in Twin Falls, Idaho took this picture in black and white, enlarged it, and hand-painted it. We have others that she did also. Dad is on the horse we calle …