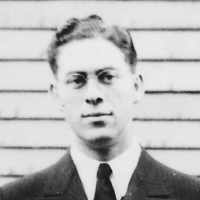 The Life Summary of Winslow Smith

Put your face in a costume from Winslow Smith's homelands.

English (of Norman origin): from Anglo-Norman French chivere, chevre ‘goat’ (from Latin capra ‘nanny goat’), applied as a nickname for an unpredictable or temperamental person, or a metonymic occupational name for a goatherd. This surname is now extinct in Britain.History: Born in London c. 1614, the son of spinner William Cheaver, Ezekiel Cheever came to Boston in June 1637. After a brief sojourn in New Haven, CT, he was master of the Boston Latin School from 1670 until his death in 1708. He had twelve children; his youngest son, also called Ezekiel, was the clerk to the court in the infamous Salem witchcraft trials of 1692.