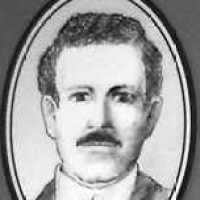 The Life Summary of Christopher Beilby

When Christopher Beilby Heaton was born on 17 May 1852, in Wilsden, Yorkshire, England, his father, William Heaton, was 25 and his mother, Esther Beilby, was 21. He married Margaret Ann Esplin on 19 October 1874, in Endowment House, Salt Lake City, Salt Lake, Utah, United States. He lived in Moccasin, Mohave, Arizona, United States in 1888 and Casas Grandes, Chihuahua, Mexico in 1891. In 1880, at the age of 28, his occupation is listed as farm worker in Kanab, Kane, Utah, United States. He died on 12 November 1895, in Colonia Dublán, Chihuahua, Mexico, at the age of 43, and was buried in Colonia Dublán, Nuevo Casas Grandes, Chihuahua, Mexico.

Put your face in a costume from Christopher Beilby's homelands.

Ferdinand Maximilian Joseph's reign as Maximilian I begins. He confirms Reform Laws, except for those that refer to indigenous communities.

The Story of Moccasin, Arizona

THE STORY OF MOCCASIN An Indian wandering his way over the hills, down the canyon and through the valleys, stopped at a bubbling spring, was refreshed by its clear water, and left his moccasined foot …