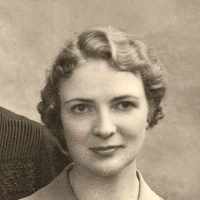 The Life Summary of Melda Severina

Put your face in a costume from Melda Severina's homelands.

Díaz states his intention of not seeking reelection in interview. Francisco I. Madero publishes The Presidential Succession of 1910 .

I was born of goodly parents at Provo Bench, Utah. When it was time to give me a name and blessing, my folks planned to call me Mary Matilda after my Grandmothers--Mary Johannah Terry and Matilda Man …