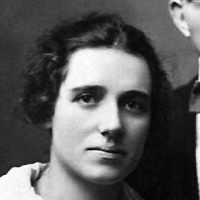 This is my great grandpa Abel. He married my great grandma Lydia and soon after left to war. He was stationed at Camp Kearney in CA. He wasn’t there long before the horrible flu epidemic of 1918 hit a …