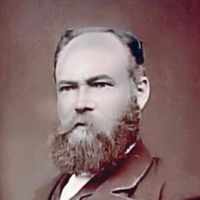 The Life Summary of Ephraim Henry

Put your face in a costume from Ephraim Henry's homelands.

HISTORY OF EPHRAIM HENRY WILLIAMS (TAKEN FROM THE BIOGRAPHICAL RECORD OF UTAH AND FROM FAMILY RECORDS) Ephraim H. Williams, was one of the successful farmers and businessmen of Salt Lake County, …