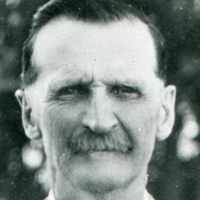 Put your face in a costume from Friedrich Hugo Johannes "John Hugo"'s homelands.

from frid ‘peace’ + rīc ‘power’; a royal and imperial name from an early date.

The lives of Gertrude Helen Marx and John Hugo Boehme