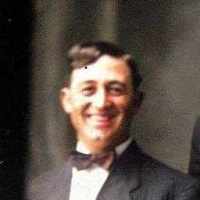 The Life Summary of Charles Frederick

Put your face in a costume from Charles Frederick's homelands.

The Green Field of South Carolina

In June 1910, Elder Barnes and Bagley left Pireway to Elders Hart and Black and made their way south. “We walked 8 miles along the beach when the water was out,” Charles writes. Probably ignorant of t …