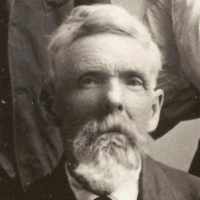 The Life Summary of Edwin Lewis

Put your face in a costume from Edwin Lewis's homelands.

An Interview with Ernest James Davies

Ernest James Davies (an interview with Carol Murphey, his daughter, on tape) I was born on October 26, 1901, on 53rd South in the old house. My father was in jail before I was born because of poly …