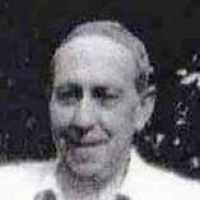 The Life Summary of Reynold Wilford

Put your face in a costume from Reynold Wilford's homelands.

Myrtle Almira Frost, daughter of Hansina Rebecca Jorgensen and Anders Peters Frost, was born February 19, 1896 in Logan, Utah; she was the second child in a family of eight children. Her father was a …