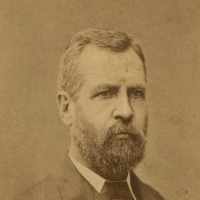 English (mainly Devon and Cornwall):nickname from Norman French buge ‘mouth’ (Old French bouche, Late Latin bucca), applied either to someone with a large or misshapen mouth or to someone who made excessive use of his mouth, i.e. a garrulous, indiscreet, or gluttonous person. The word is also recorded in Middle English in the sense ‘victuals supplied for retainers on a military campaign’, and the surname may therefore also have arisen as a metonymic occupational name for a medieval quartermaster.variant of Bugg .

Birth: May 1, 1828 Lanark South Lanarkshire, Scotland Death: Mar. 18, 1919 Logan Cache County Utah, USA From the Logan Republican of March 20th, we take the following account of the life of …