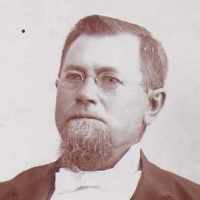 The Life Summary of John Hansen

Put your face in a costume from John Hansen's homelands.

HOUGAARD, HON. JOHN H.. Surveyor of Sanpete County, is the son of Rasmus H. and Magdalene Hougaard, and was born on the island of Falster, Denmark, November 10, 1842. His boyhood days were spent on a …