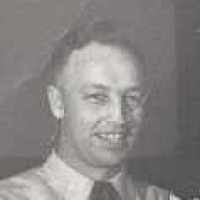 Put your face in a costume from Darrell Alma's homelands.

Bryce Canyon, being named after Ebenezer Bryce, was designated first as a national monument by President Warren G. Harding in 1923 but was re-designated as a nation park in 1928 by Congress.
1 Scottish and northern English: from Middle English belle ‘bell’, in various applications; most probably a metonymic occupational name for a bell ringer or bell maker, or a topographic name for someone living ‘at the bell’ (as attested by 14th-century forms such as John atte Belle). This indicates either residence by an actual bell (e.g. a town's bell in a bell tower, centrally placed to summon meetings, sound the alarm, etc.) or ‘at the sign of the bell’, i.e. a house or inn sign (although surnames derived from house and inn signs are rare in Scots and English).2 Scottish and northern English: from the medieval personal name Bel. As a man's name this is from Old French beu, bel ‘handsome’, which was also used as a nickname. As a female name it represents a short form of Isobel, a form of Elizabeth.3 Scottish: Americanized form of Gaelic Mac Giolla Mhaoil ‘son of the servant of the devotee’ ( see Mullen 1).