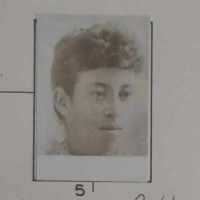 The Life of Effie May

Put your face in a costume from Effie May's homelands.

An armed conflict between the Lakota, Northern Cheyenne, and Arapaho tribes and the 7th Cavalry of the US Army. The battle was the most significant action of the Great Sioux War of 1876.
1885

My grandfather died before I was born from heart disease, while my dad was still young.