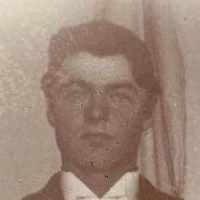 The Life of Carl Christian

Put your face in a costume from Carl Christian's homelands.

After three prior attempts to become a state, the United States Congress accepted Utah into the Union on one condition. This condition was that the new state rewrite their constitution to say that all forms of polygamy were banned. The territory agreed, and Utah became a state on January 4, 1896.
1901 · The Daughters of Utah Pioneers

1 English: probably from an Old English personal name of uncertain origin; perhaps a cognate of Bothe or akin to Butt . However, forms such as Walter le Botte (Oxfordshire 1279 ) seem to point to a nickname or occupational name, perhaps from Old French bot ‘butt’, ‘cask’, or bot ‘toad’. Compare Bottrell .2 South German: occupational name for a messenger, from Middle High German bote ‘messenger’, ‘emissary’.3 Danish: according to Søndergaard, from Dutch bot, both ‘flounder’ (the fish).