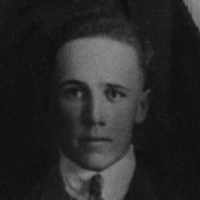 The Life Summary of Carlos Waldron

Put your face in a costume from Carlos Waldron's homelands.

A BRIEF HISTORY OF CARLOS W. CLARK I was born July 27, 1899 in the old Annie Clark home just north-east of the Clark Feed and Grain store. I call it the "Annie Clark" home because she lived for so ma …