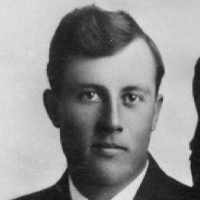 English: topographic name for someone who lived beside a stream, from southern Middle English bourne, Old English burna, burne ‘spring, stream’, or a habitational name from a place called with this word, for example Bourn in Cambridgeshire or Bourne in Lincolnshire. In surnames the reference is often to an old stream called burna, surviving as the name of a farm. This word was replaced as the general word for a stream in southern dialects by Old English brōc (see Brook ) and came to be restricted in meaning to a stream flowing only intermittently, especially in winter.

Grandpa Bourne loved to tell stories. His favorite was to tell us grandchildren about "pink whiskered wowsers." then he would challenge us to go out just before dark and walk over to his dairy barn, …