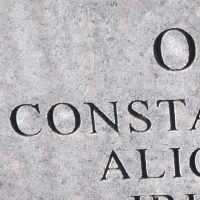 The Life of Constance Karen

Put your face in a costume from Constance Karen's homelands.

Deseret Industries is a non-profit organization and a division of Welfare Services of the Church of Jesus Christ of Latter-day Saints. It includes a chain of retail thrift stores and work projects. Many of the items sold are second hand or never used. Such items include furniture, appliances, computers, and clothing. The DI also sells new furniture, much of it received directly from its own manufacturing plant in Salt Lake City. The DI provides job skill training for the physically, emotionally and socially challenged and seeks to place them into private sector employment.
1958 · The First U.S. Satellite in Space

Constance Karen Adams was born May 28, 1936. She graduated from Morgan High School in May 1954, where she was involved in Drama and Student Government. Connie excelled in everything she did, and rec …