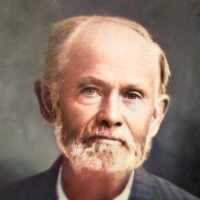 The Life Summary of Darius Salem

Put your face in a costume from Darius Salem's homelands.

Some characteristic forenames: French Pierre, Alcide, Alphonse, Andre, Marcel, Armand, Cecile, Christophe, Gaston, Olivier, Aime.English, Catalan, German, Flemish, and Dutch; French and Walloon (Clément): from the Latin personal name Clemens meaning ‘merciful’ (genitive Clementis). This achieved popularity firstly through having been borne by an early Christian saint who was a disciple of Saint Paul, and later because it was selected as a symbolic name by a number of early popes. There has also been some confusion with the personal name Clemence (from Latin Clementia, meaning ‘mercy’, an abstract noun derived from the adjective; in part a masculine name from Latin Clementius, a later derivative of Clemens). In North America, the English form of the surname has absorbed cognates from other languages, especially Italian Clemente , and also their derivatives.

“Apr. 13-1903 “Dear Nephew “What you write about your Mother brings some things to my mind, that I think you do not know of. I am assured that your Mother would never have come to Illinois if it ha …