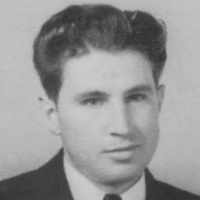 The Life Summary of Leo Vett

Put your face in a costume from Leo Vett's homelands.

A “Soldier’s, Sailor’s and Marine’s Memorial” was conceived by W. A. Knight in 1918 to honor Utah residents killed during World War I. A library was dedicated on December 30, 1921.The remainder of the building was dedicated May 31, 1926. The Spanish Mission Revival style building cost $55,000 to build. This became “the first municipal facility in America erected to the memory of World War I Veterans.”

This is a photo of a painting all the Anderson kids did together one year when one of them - my grandpa Jimmy was probably 5. A few years ago the kids came across it in an attic and now they pass it a …