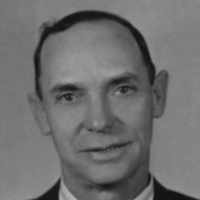 The Life of Claude Walter

Put your face in a costume from Claude Walter's homelands.

In 1890, Robert Miller Womack discovers a rich gold deposit along Cripple Creek, near the western slope of Pikes Peak. This would become the richest gold strike in the Rocky Mountin area.
1902 · So Much Farm Land

I did not know my grandfather well. He died when I was 4 years old. However, my father would tell early morning, before breakfast stories on Saturday mornings telling us his life as a boy growing up …